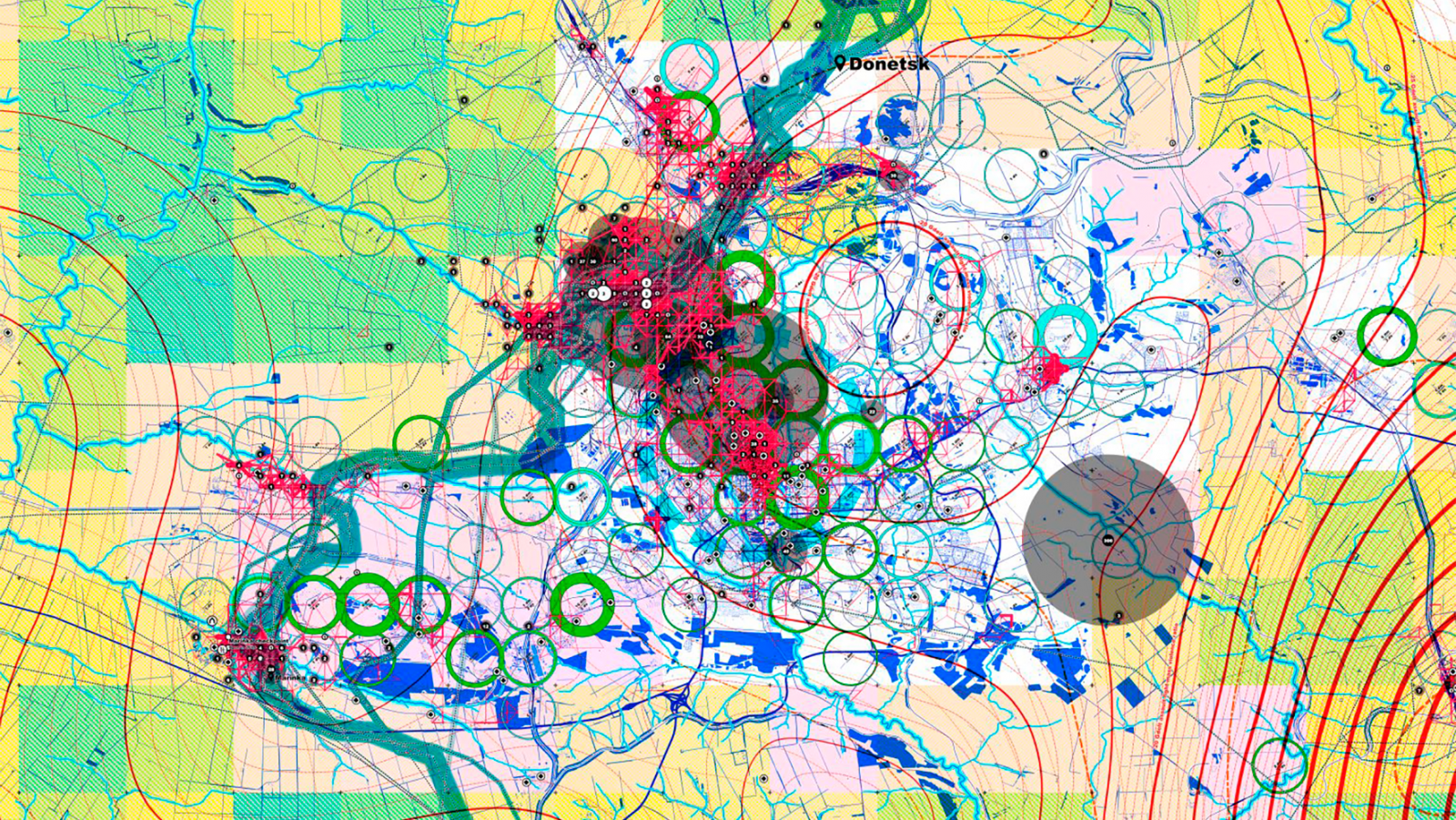 Data can’t be trusted during wars and humanitarian crises since it may be incomplete or false. What’s more, the generation of reliable data is a very slow process that may take much longer than the conflict itself lasts. If traditional statistics cannot describe a crisis, new approaches resulting from big data analysis and visualization can offer an almost real-time narrative of the conflict. The dataWar project compiles information from global geosocial flows and collaborating local data providers to map the conflict. The project was exhibited at the Venice Biennale 2016.

The aim of dataWar project is to find new strategies to map territories in conflict situations. During wars or humanitarian crises, data shall not be trusted. The quality of information could become very poor, partial or even false. The opposing sides usually interpret information depending on their interests. In addition, data generation is a very slow process that could continue well beyond the conflict itself.

This is the case of the ongoing war in the Donbass region in Ukraine. The overall number of documented casualties in the conflict, which started in mid-April 2014, now stands at 30,729, including 9,333 killed and 21,396 injured (UN Security Council meeting, 28th April 2016). Numbers vary widely depending on the source: 2,568 civilians were killed from 6 April 2014 to 15 February 2016 according to UN body OCHA while Donetsk People’s Republic reports 3,938 civilian deaths in roughly the same period.

All methods of the states to capture data disappear because either they exchange their powers or everything stops working. If traditional statistics, giving information on general indicators at a country level, become unable to describe a crisis, new approaches resulting from Big Data analysis and visualization can offer almost a real-time narrative of the conflict.

For example, media around the world act a barometer for the situation. Co-operation and human rights associations also report on the evolution of the conflict, and the Internet community, via social networks or collaborative cartography, can describe the problem at smaller scale. These other data sources, that are normally used to describe phenomena at an urban scale, become essential for accurately illustrating a territory under pressure.

Gorgeous Maps of an Ugly War

Territories
The commons
Project
those are the projects that we have done
300.000 Km/s
Engaged with better cities