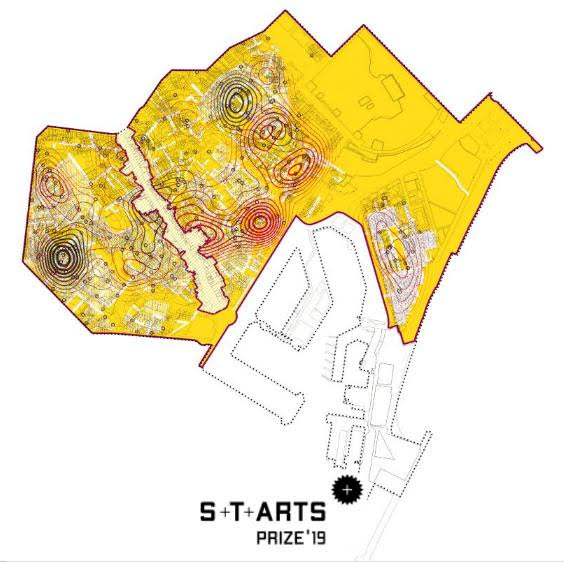 Ciutat Vella’s land-use Plan wins S+T+ARTS Prize ’19 awarded by the European Commission The urban plan that regulates the land uses in the Ciutat Vella district of Barcelona obtains the STARTS Prize 2019 from the European Commission. The award, launched by Ars Electronica, BOZAR and Waag Society, is an initiative that fosters alliances between technology and artistic practice. Annually, it recognizes the most pioneering collaborations in the sphere of creativity and innovation at the intersection between science, technology and art. Specifically, this urban plan has been distinguished with a Grand Prize for Innovative Collaboration for its ability to open new paths for innovation in these areas and generate economic and social impact. The plan has been drafted by 300.000 km/s (advised by Graciela Chaia, Carlota Casanova and Daniel Lorenzo) in collaboration with the political, technical and legal team of Ciutat Vella district and the Planning Department of the Barcelona City Council -in addition to Raons Públiques cooperative that has developed the participation process. The plan, based on an advanced diagnosis using massive data analysis and citizen participation, reconciles economic and residential activity in the central district with the aim of guaranteeing the quality of live of inhabitants, and as an ultimate goal, the liveability of the city. In previous editions, the Grand Pize for Innovative Colaboration was awarded to a 3D printed infraestructures, a research about jamming informed by computational design and the prototyping of new artificial skins and bones. This year, the jury composed of renowned personalities of technology, science and art from around the world has given the prize, for the first time, to a public policy of deep technical complexity. The project will be exhibited in Linz and Brussels, and the award will be presented at a gala to be held within the framework of the Ars Electronica Festival (5 to 9 September 2019). Ars Electronica, which this year celebrates its fortieth anniversary, is the world’s largest platform for art, technology and society. The focus of the festival is always on current developments in technology and possible future scenarios and the question of how these will change our lives. Happy to be part of a better future!!